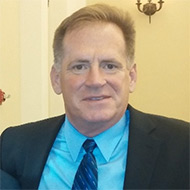 Judge Johnson was appointed by Governor Arnold Schwarzenegger as a Superior Court Judge in May 2009 and was reelected to the position in June 2010. Since his appointment, Judge Johnson has been assigned to civil, probate, felony trial, and mental health and veterans courts. Judge Johnson also serves on the Riverside Superior Court’s criminal law advisory committee; the Riverside County Veterans Advisory Committee; the Board of Directors of Inland Empire Champions for Collaborative Courts, a charitable foundation supporting the collaborative courts of Riverside and San Bernardino Counties; and the Board of Directors for U.S. Vets, March Air Force Base. Judge Johnson has also served as a consultant for Washington D.C. based American University on issues relating to veterans’ courts.

Beginning in August 2011, Judge Johnson chaired a committee comprised of several Riverside County agencies and the United States Department of Veterans Affairs to develop the first Riverside County Veterans Court. The Court was opened on 1 January 2012 and has been in operation since that date. The Court now presently supervises an average of 50 veterans on probation suffering from military related trauma such as post-traumatic stress disorder and traumatic brain injury who have served in combat in Vietnam, Grenada, Bosnia, Kosovo, Panama, Djibouti, Iraq and Afghanistan.

Judge Johnson is also a retired Colonel of the United States Army Reserve. During 28 years of active and reserve service, Judge Johnson served in a variety of positions, to include command judge advocate, company commander, battalion commander, and division chief of operations. His service included a deployment to Baghdad, Iraq from 2003-2004, where he served as the Chief of the Government Support Team, 1st Cavalry Division. For his service in this position and his role in the development of democracy in the Republic of Iraq, Judge Johnson was awarded the bronze star medal by General Peter Chiarelli in 2004 and personally honored by United States Senator Dianne Feinstein in a ceremony held in Riverside in 2005.